Michelle always called her friend “stunning” every time they went shopping for clothes. Heidi would walk out from behind the dressing room curtains with whatever she decided to try on each time. Michelle did not proclaim herself “queer” or “bi-,” just captivated with Heidi’s “elegance” (another adjective Michelle had for Heidi).

Wherever she showed up, conversation stopped.  Wherever she appeared. it was as if someone pressed life’s pause button.

Everyone except Heidi. She despised being the center of attention.

“She’s a goddamn angel; she just don’t know it,” Philip Jenkins told his friends at the lunch table. “That girl has fuckin’ everything…and I mean EVerything!: looks, great body, a friendly personality, and above all, a great ass!”

Heidi was quiet, but friendly with everyone at school.

“Tasted like peaches,” Will Gefferies would say when they were in the locker room discussing girls after practice one day.

“I coulda fucked her,” Will said with a raise of his eyebrows. “I just decided to eat her out instead, and that’s what she takes like, alright! Like I said, bro: tasted like fuckin’ peaches!”

No one believed Will, of course. The self-proclaimed “JD Jock” (aka “Jack Daniels Jock”)  bragged incessantly of his “conquests.” After a pint into his “buddy JD,” Will repeatedly mentioned his loss of virginity at the age of twelve. Will’s lack of self-awareness was only surpassed by his lack of playing time on the sporting fields and courts he professed to master once “coach gives me another goddamn chance, brosseph!”

“You are so full uh fuckin’ shit, Gefferies,” Kent Munster yelled and flung his cleat at Will. “You know as well as every motherfucker in here that we could ruin you if we asked her about your bullshit. I recommend you just shut the fuck up before…”

Someone from the back of the locker room hollered out, “So you got her off, but didn’t get anything in return?”

Everyone knew what would come from Will’s mouth. Although not admitted, every guy in the locker room had used the same excuse before when asked about sexual progress.

Kent charged Will. He nearly went airborne tackling Will into his own locker. The two boys scuffled; Will’s football pants were halfway around his knees when he slipped from under Kent’s grasp. Kent stood up, standing only in his underwear, socks, and one cleat. He started to charge Will again only to be confronted by Josh Wendell. Josh was Will’s cousin and 315-pound “starting” offensive tackle.

Later that semester, Will was ridiculed for months on end after it got out that Will had made up this story. The taunting was so bad that Will tried to commit suicide by diving out of his English classroom window.

Unfortunately, the classroom was on the first floor, so Will only ended up with a few scrapes and bruises that he was able to heal and against his wishes, relive with others during the following two months of detention. He probably got the worst of his injuries from his dad when the school sent home the $400 window replacement bill.

Hipster boys referred to her as “doll face” and “queen bee.”

According to Tim Minewski, Heidi’s jilted 7th grade boyfriend who still held a grudge while still fawning over her in high school, “Nobody  could even come close to touching her panties.”

Jasper Nevilles once told everyone at a party that Heidi was “…the girl in every guy’s wet dream…especially the playaz,  like me.”

Jasper was later thrown into the pool and peed on by fifteen football players waiting standing around the perimeter while Jasper thrashed and tried to swim to safety. The boys knew Jasper couldn’t swim, but they also knew the end of the pool they threw him in was only 5 feet deep, a depth perfect enough their planned attack of the self-proclaimed “playa”.

The true playaz (not the wannabes like Jasper) feasted on house parties. Self-proclaimed true playa “DatNinjaHerman” from Michelle’s 4th hour spoke of travels to the “virgin territory.” The “playa” philosophy revolved around the idea that “all girls are deep-down sluts.” They saw every “NO!” as an opportunity, and rarely left a party without being kicked out for one thing or another. According the “DatNinjaHerman,” a true playa “never forces.”

However, there would be no problems while Milo was around.

Milo may have only stood five-foot-eight, weighed about 135 pounds, wore horn-rimmed glasses that could blind the average 20-20 vision person, and sported a wardrobe straight from a 1950s Sears-Roebuck catalog.

He planned to be spanking Heidi later that night. His plan was foolproof.

Milo never really showed up to parties before this one. After slaving for days upon days, weeks upon weeks, and months upon months in his basement, he needed to get out. He water to experience the truthfulness behind the potion he had been preparing for this amount of time.

Just Milo and his trusty, 12th grade level Chemistry set that his mother had purchased for him on his birthday. 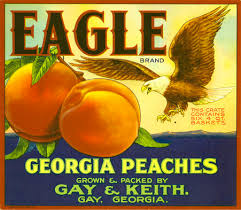 This is a collage. This is old and new. This is mainly new added to old. This is not a test. View more posts